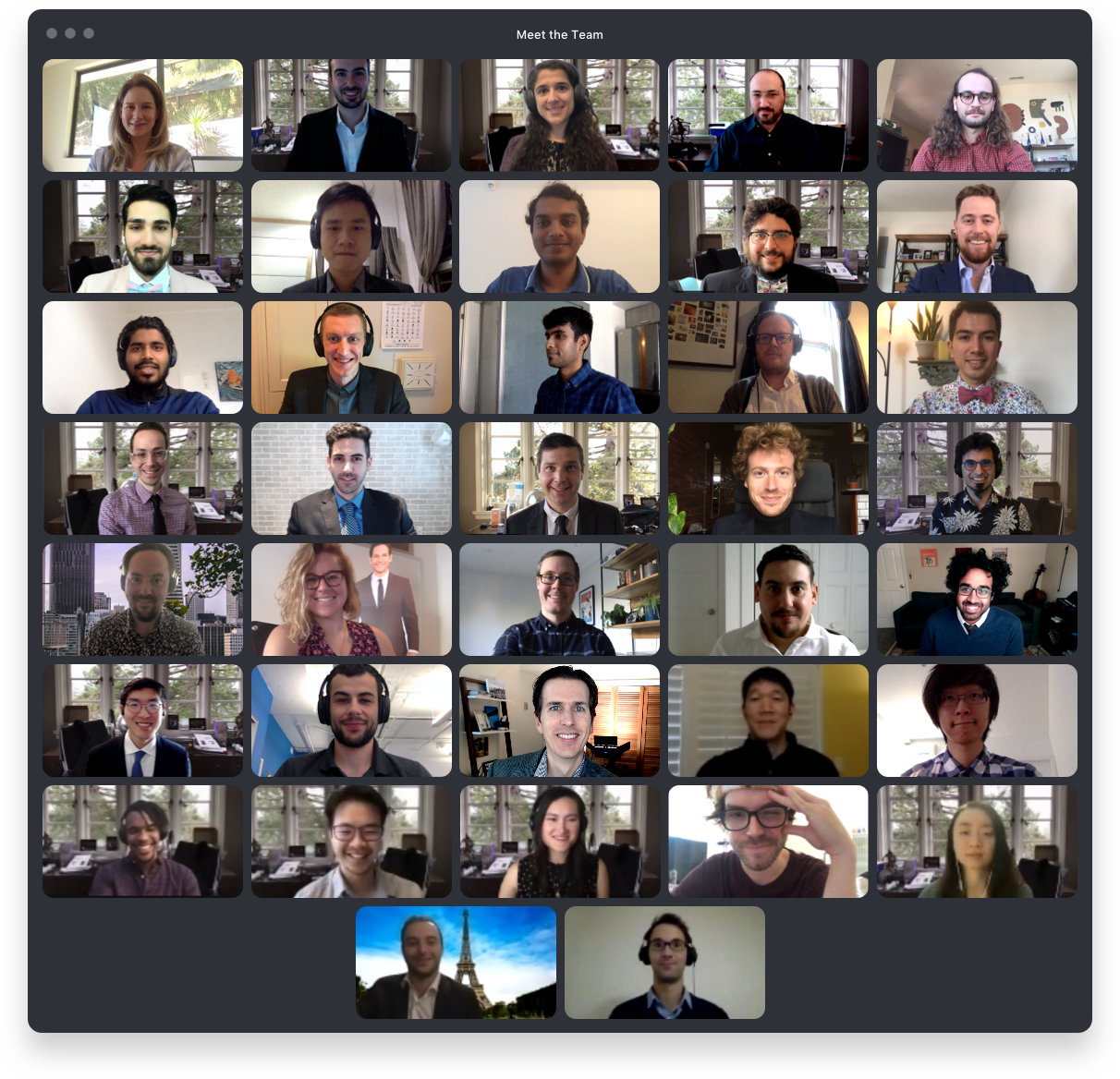 Descript builds simple and powerful collaborative tools for new media creators. We strive to eliminate the tedious work that often stands between an idea and its expression, so that creators can focus on developing their craft instead of their usage of tools. Descript was founded in San Francisco in 2017.

If you'd like to learn about how the company got started, we wrote a post about it. Descript has raised a total of $50M from Andreessen Horowitz, Redpoint Ventures, and Spark Capital.

The team is 90 people and growing. Visit our careers page if you think you might want to work here.
‍

Our story so far…

Descript starts as an internal tool for making audio tours at another startup, Detour. Eventually we realize Descript is the better idea, and spin it out as its own company, with the goal of building a next generation tool for narrative media creation.

For our first release, Descript is a cool but comparatively boring tool for single track audio editing and transcription. We started as a native Mac app!

We realize the native Mac app thing won't fly, so we make the suspect decision to spend the first year after we launch rewriting everything. But it pays off, giving us a web-based tech stack with collaboration built into the foundation.

We join forces with Lyrebird, a Montreal-based startup that had formed out of MILA and built the most convincing voice cloning tech. The two companies complete each other.

We finally launch all the things you need to make a podcast - recording, multitrack editing, mixing, etc. Descript evolves from being a workflow tool to a creative tool.

We launch Overdub, ultra realistic text to speech voice cloning. The result of our first year working with Lyrebird. It ends up being better than we'd hoped. We make it the hallmark feature of our Pro plan.

We think of this as our video 1.0: An expression of our view on what a modern audio/video creation tool should feel like.

What if you could get studio-quality audio without the studio? You can now — we release an AI-powered noise-reduction and voice-enhancement feature that gives creators freedom to record anywhere, with any gear.

Social promotion is a huge pain but super important, so we unveil new ways to quickly make social-video clips with dynamic captions, waveforms, progress bars, and other shapes, in any aspect ratios, and with custom fonts, colors, and logos.

We add 23 new languages so you can transcribe in English, Spanish, French, Italian, among many others.