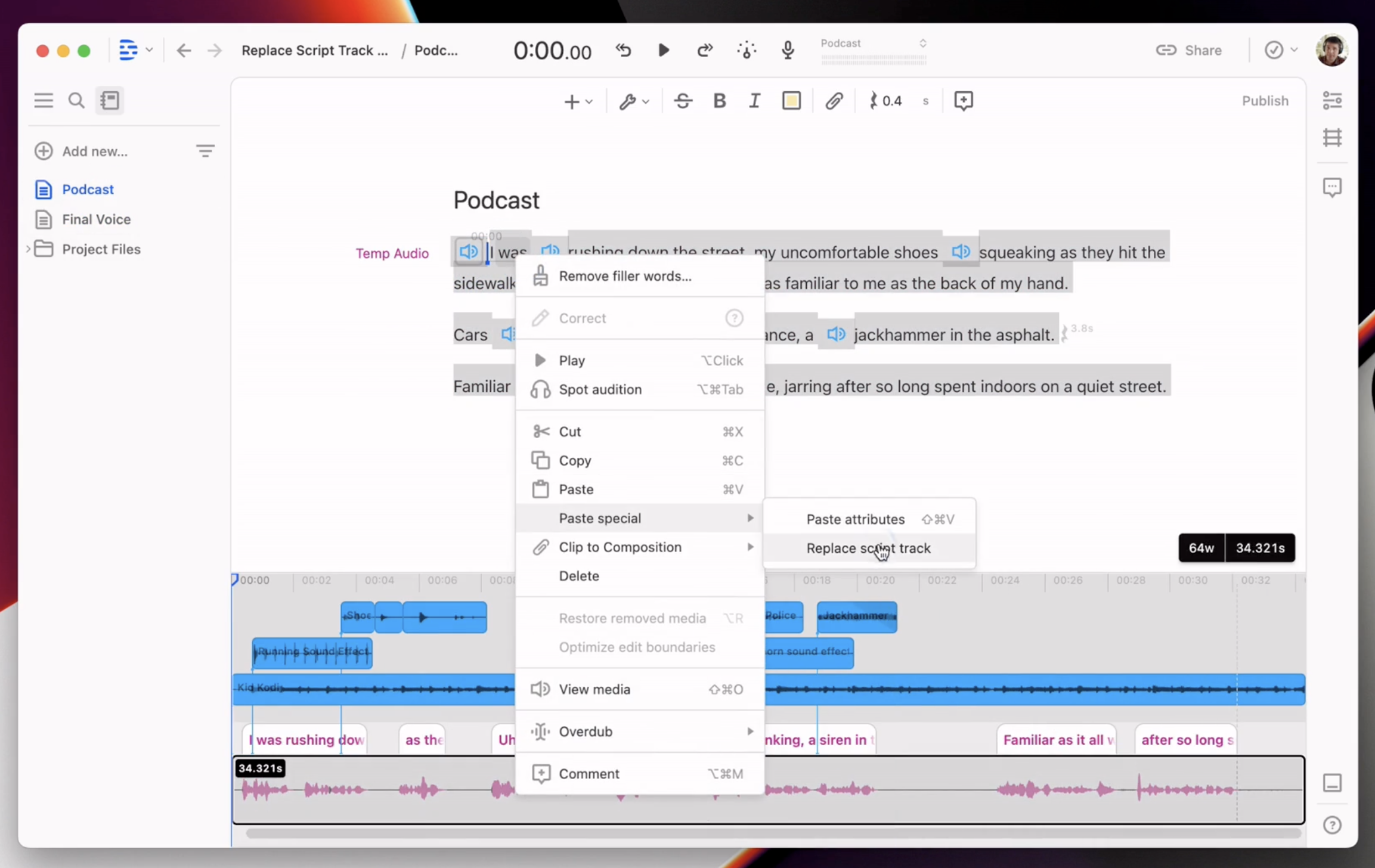 Now you can swap out your script track — ie, your voiceover — and Descript will automatically align the new version with all your music, visuals, and effects. We call this “Replace script track” — and we think it unlocks completely new, faster, better ways of making podcasts and video in Descript.

The best way to see how it works is to watch this video.

Stay in the flow, keep creating

We’re super excited about the implications this has for creating scripted content. With Replace script track you can record and produce your podcast or video — assemble and align all the audio and video assets, add titles, mix your audio — as you write your script. It merges several segments of the production process in a way that should help free you up creatively, so can you stay in the flow with your storytelling without tools getting in the way. Here’s a quick example of what you could do with it.

Start writing your script in a new Descript Composition, using Overdub (either your voice or a stock voice) to create placeholder audio. As you’re writing, rather than leaving notes where you want your music, b-roll, titles, images, and whatever else, just pull them in. Make changes to the script and move stuff around until you’ve got it all exactly the way you want. If you’re working with a team, get their input and approvals.

Once everything else is locked down, you can record your final voice track and paste it into your composition using Replace script track (it’s under “Paste special”). Descript will make sure all the other tracks come in exactly where you had them in the rough script track — even if your new voice track is a little faster or slower than the rough version, if some of the words have changed, or there are a few errors in the transcription.

A new kind of workflow

You could also follow the same workflow except instead of using Overdub, recording a rough version of your script just using your laptop mic or your phone. Then replace it with a cleaner version when everything else is ready.

It’s a new kind of workflow that blurs the lines between pre-production, production, and post-production — lines that only existed because of the limitations of the technology in the first place. We hope Replace script track, combined with Overdub and other Descript features, helps you work faster, smarter, and better — without the tools getting in the way. 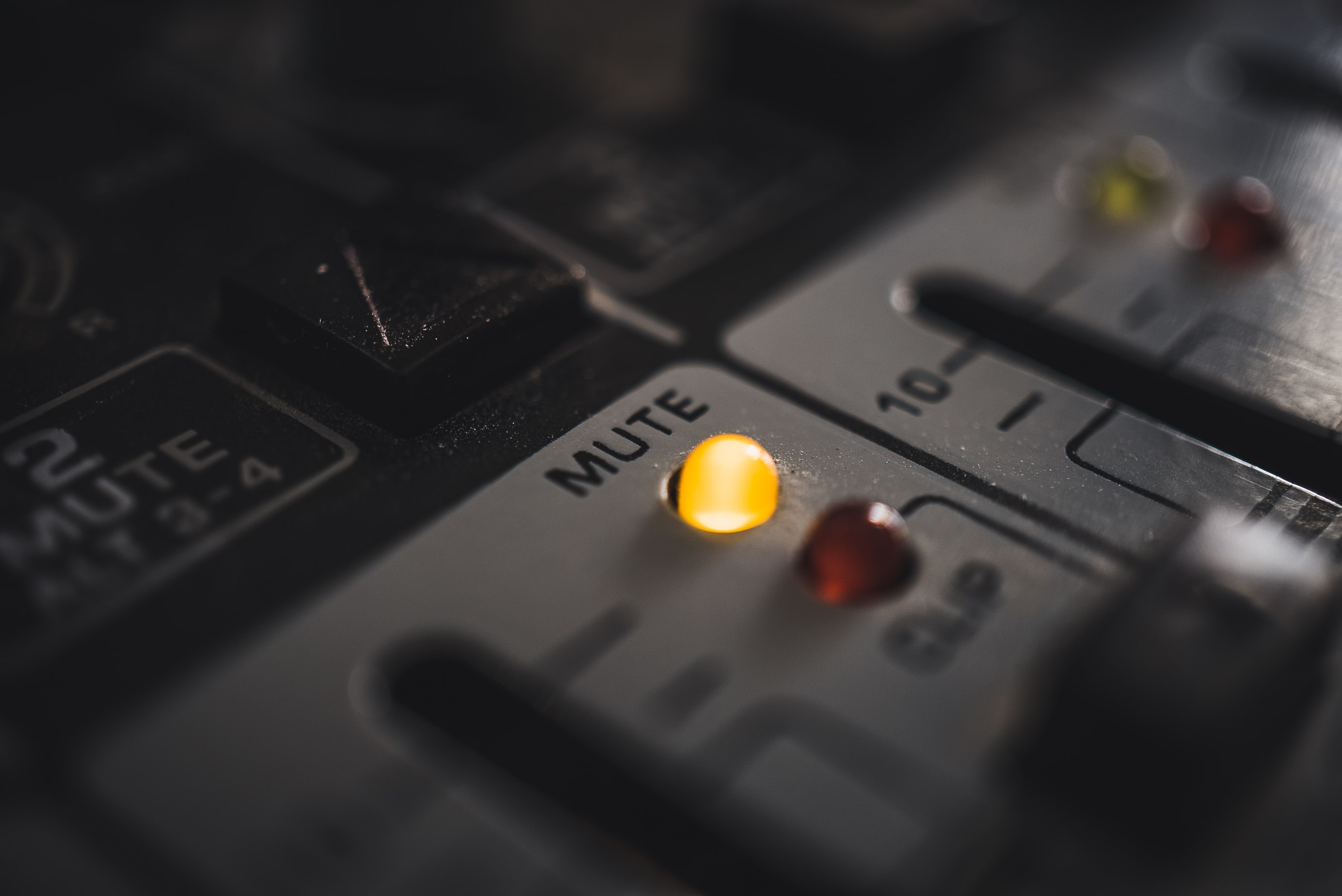 What is a podcast script? The roadmap for your episode