This article originally appeared in Episodes, our newsletter. If you'd like insights on workflow and craft (like these) in your inbox every two weeks, you can subscribe here. Or listen to the audio version read by Ashley's Overdub Voice.

For years, I co-hosted a daily science podcast. Like most podcasts, it was audio-only. Like most audio-only podcast hosts, we were constantly barraged by people telling us we had to do video too.

My cohost and I heard them, but all we could see was a soul-crushing workflow: we’d need decent video equipment, a respectable set, and most dauntingly, the time and resources required to edit a video episode for every one of our already time-consuming audio episodes. We knew video would be good for our show, but ultimately we just couldn’t make it work.

If you create a podcast, you’ve probably faced the same dilemma. It’s definitely true you should be doing video, simply because the biggest audiences are on video-first platforms like YouTube, TikTok, and Instagram.

And according to Edison Research, 20% of podcast super listeners — those who listen to five-plus hours of podcasts per week — say they mostly discover new podcasts through YouTube.

That number is only going to grow. At the Podcast Movement conference a few weeks ago, Kai Chuk, Youtube’s Head of Podcasting, promised that the platform’s discoverability and recommendation engines would soon be getting even better.

Plenty of audio creators can attest to the benefits of adding video, too. Gael Aitor is the creator and host of Teenager Therapy, a teen-hosted mental health podcast that got its start in 2018 when Gael was only 15. The show started off audio-only, but when they began publishing video content on YouTube and TikTok, “our accounts just exploded,” Gael says. Teenager Therapy now has a quarter of a million followers on TikTok.

The bottom line: Audiences no longer respect the boundaries between audio and video content. Creators shouldn’t either.

But at the same time, it’s still true that creating a video podcast, on top of an audio version, is hard. Doing it well takes time, energy, and resources — and few creators have any of those things in abundance.

So how do you get a small piece of that big video audience without giving up a whole chunk of your life? We got a few tips and workarounds.

If you’re just trying to get a video podcast off the ground, your first principle should be keeping it as simple as you possibly can.

That starts with the equipment. You can probably use your phone as a camera. If at all possible, set up a single-camera shoot, where everybody who’s speaking fits into the frame. That way, you don’t need to worry about cutting between cameras in post-production.

Of course, there’s more to filming than a camera. To make it look good, you need the right space, the right backdrop, and the right lighting.

The important part is to set it and forget it. Get your gear and background set up the way you want it, then never move it, so that when it comes time to record, you just have to sit down and start rolling.

Filming your episodes is just the first step — editing them is a whole other challenge. SP Rupert, host of the audio and video podcast Better Podcasting and 10-year podcast veteran, says editing a video podcast episode takes him 4-5 hours. But it took him around 20 hours when he was first getting started.

Before you start sobbing uncontrollably at that thought, here are a few workarounds.

For one thing, you don’t need to create full video episodes to get the benefit of a video audience. Teenager Therapy doesn’t. Instead, they share the most engaging clips from every episode and tailor them for each social platform.

To save time during editing, Gael keeps his ears open for these moments during the recording process. When he hears a moment that would make a good social clip, he writes down the timestamp to avoid wading through an hour of footage later on.

You also don’t need to polish your video footage as painstakingly as you do your audio. While audio quality is important regardless of whether you’re watching or listening, video can afford to be more raw. For example, SP says that people are generally more forgiving of filler words and stumbled sentences on video because they’re watching it happen. So try to stifle your perfectionism and just publish a few rough clips, then see how your audience reacts.

Edit in one place (guess how)

If you’ve never tried making a video podcast — or you have, and you decided it was just too damn hard — this may be the best moment in history to get started. Recording platforms like Riverside and SquadCast and streaming platforms like Restream have made it easier than ever to capture audio and video all at once, even if you and your co-hosts are a world apart. The proliferation of post-pandemic remote work has led to a bounty of affordable cameras and lighting rigs.

And frankly, you’ve got Descript, which lets you edit both audio and video in the same app. Of course, I work here, so I’m paid to say this, but I’m a creator too, and I can tell you: the ability to edit everything at once, in the transcript, saves massive amounts of time.

If you’re still daunted by video editing, you can even close the video viewer and edit your recording like an audio-only podcast. Of course, this will probably result in a weird-looking video. In audio, your listeners won’t be able to tell where you’ve edited out imperfections. On video, those edits will show up as jarring, erratic-looking jump cuts.

If that happens, you’ve got a few options. You can publish your audio episode, then smooth over the video cuts so they feel more natural (a lot of work). You can add in B-roll so instead of watching the hosts jump around, or just sit there, viewers see footage of whatever the hosts are talking about (a fair amount of work). Or you can let your video editing challenge inform the way you edit audio — maybe it can be a little less polished, a little more natural, with a few more filler words (less work all around).

If you’ve read this far and are still thinking “no way,” here’s a final thought. Rather than actually making a video version of your podcast, make an audio version you can post on YouTube (h/t to the great Arielle Nissenblatt for that link).

Maybe you’ve thought of this already and rejected the idea, on the theory that nobody wants to stare at a static image of your face or your cover art for 30 minutes while the audio plays. And you’re probably not wrong.

But with some animated captions, maybe a waveform and a progress bar, you’ve got yourself a video. Sort of. It’s definitely enough to get you out there on YouTube and TikTok where all those listeners are. And it will buy you some time to figure out a video workflow that works for you. 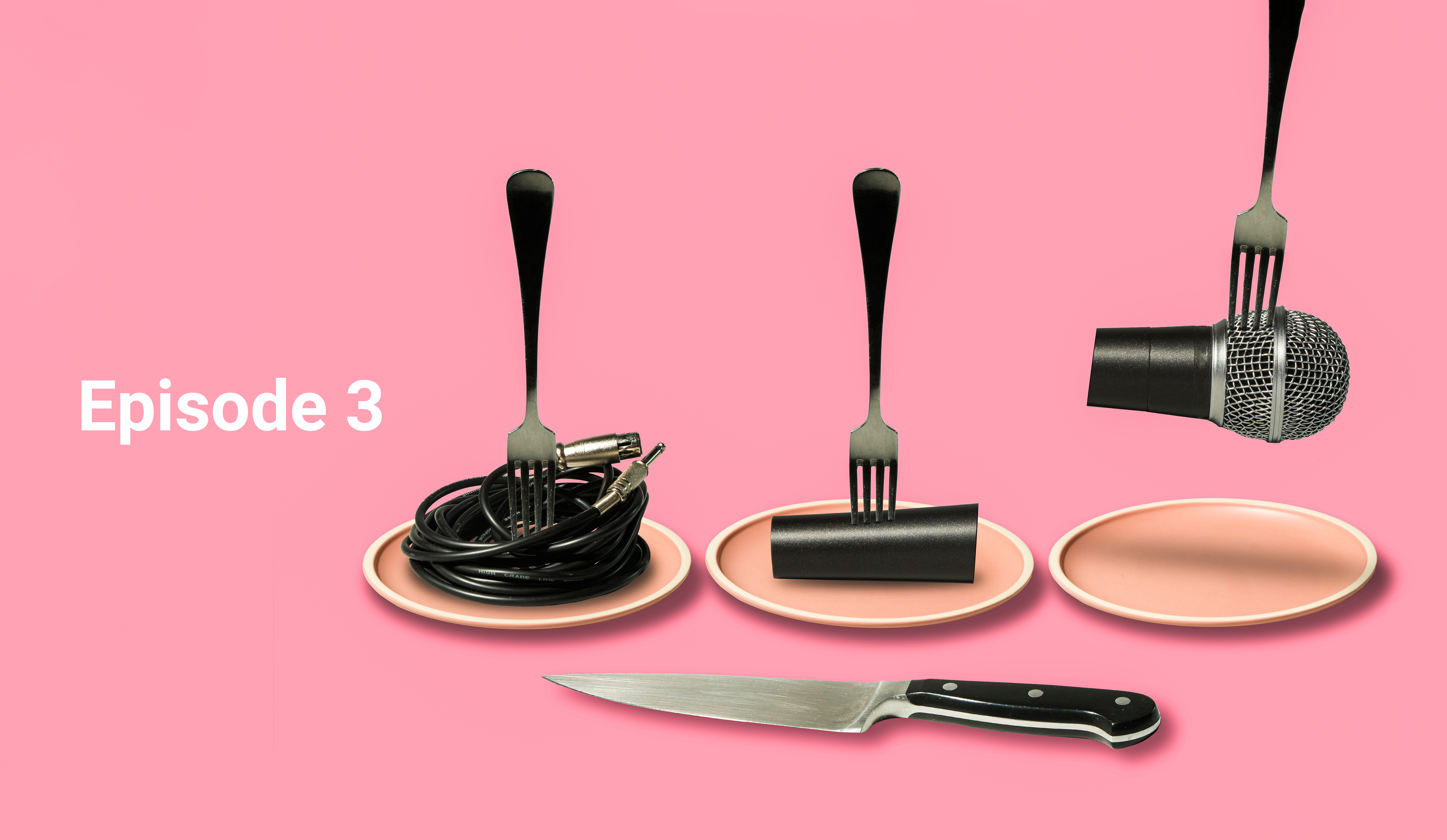 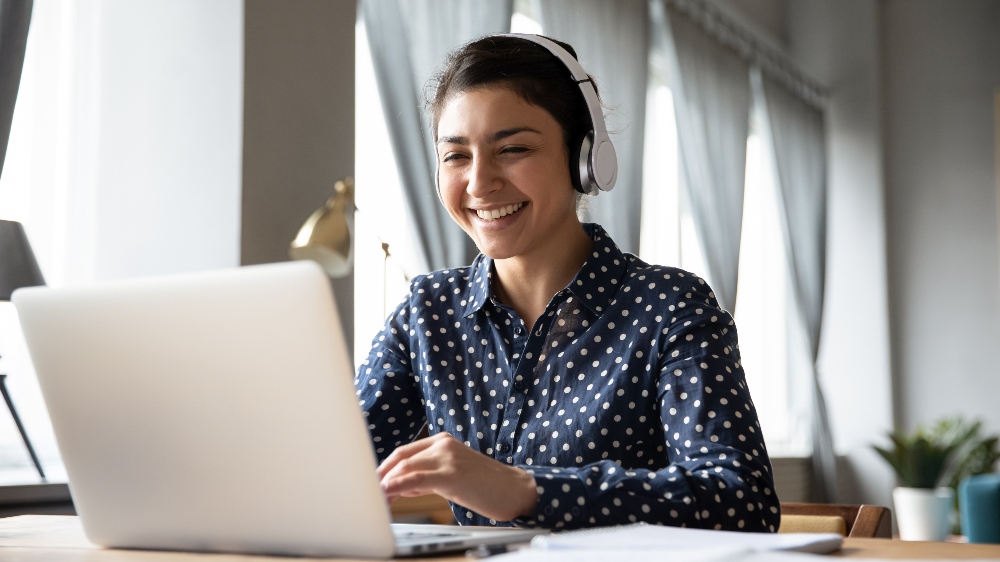 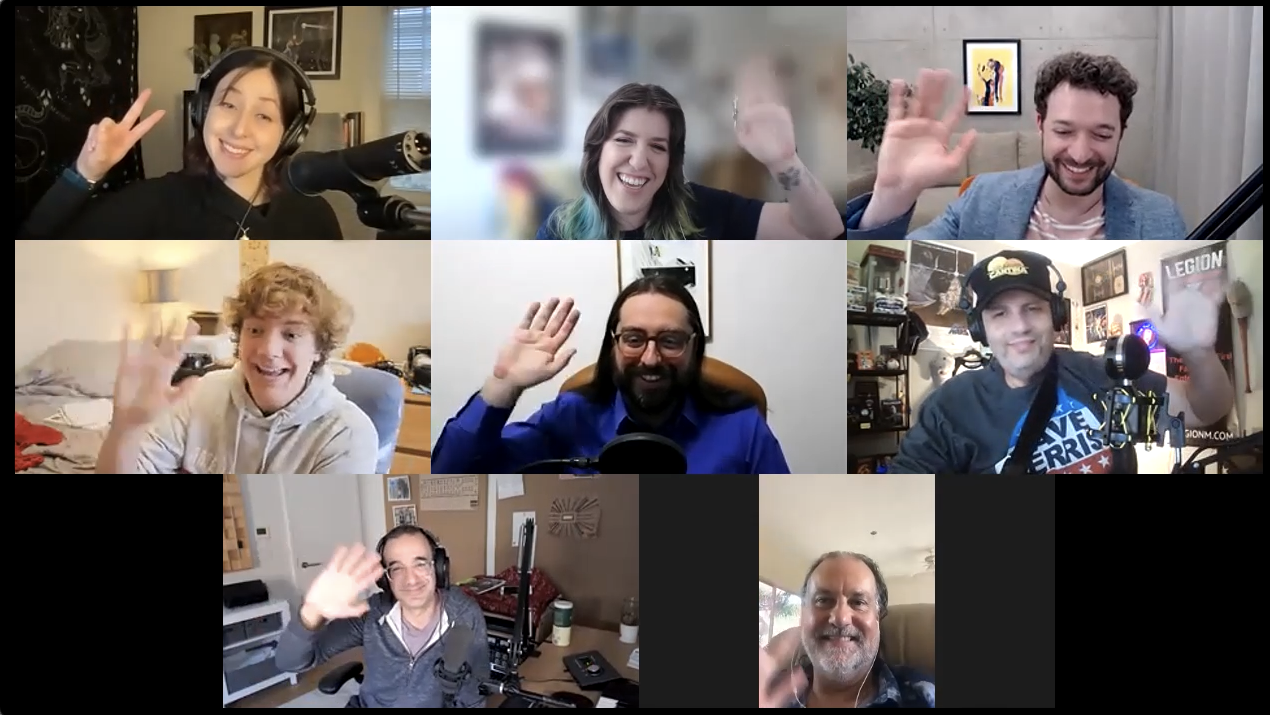 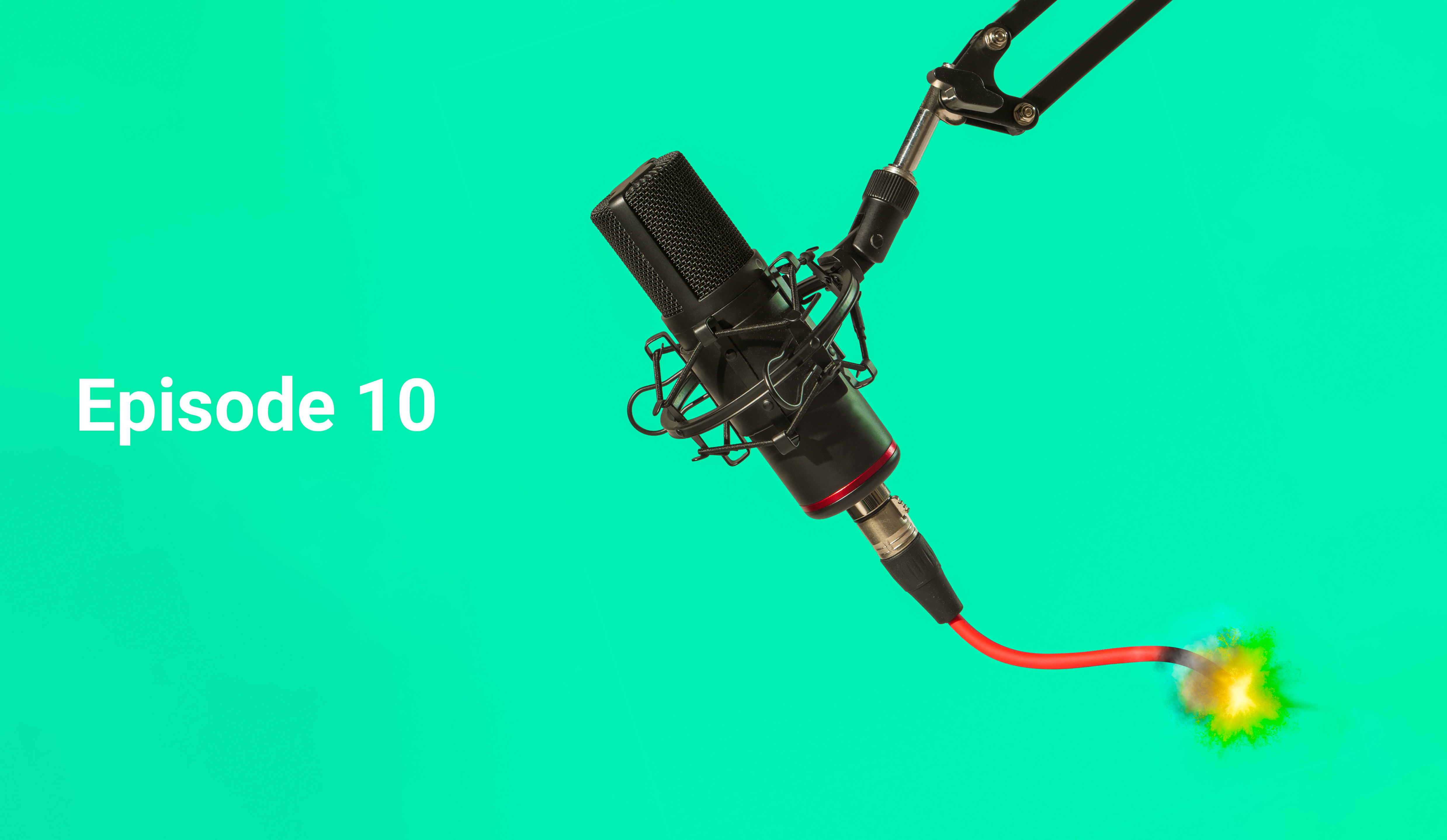 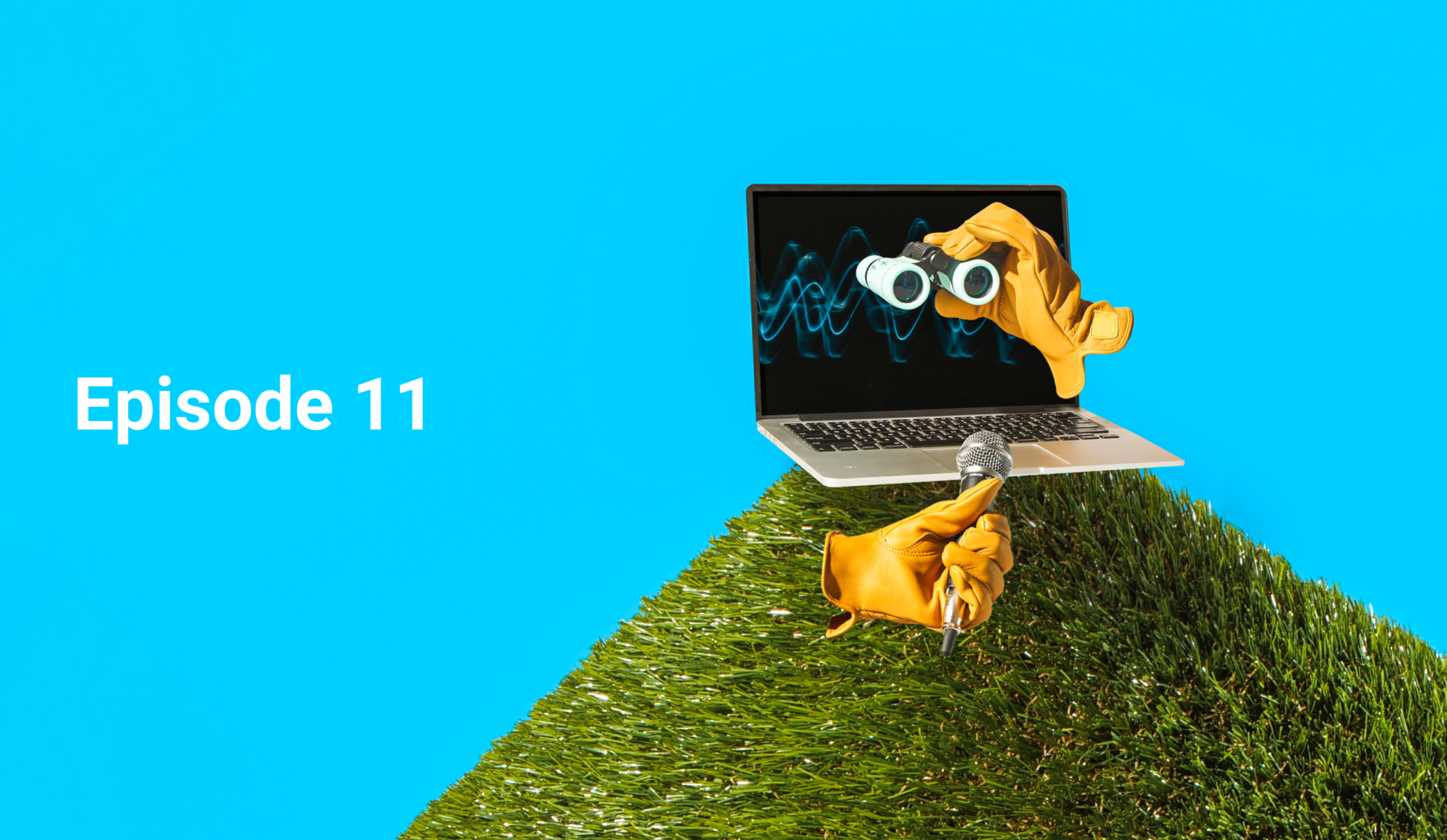 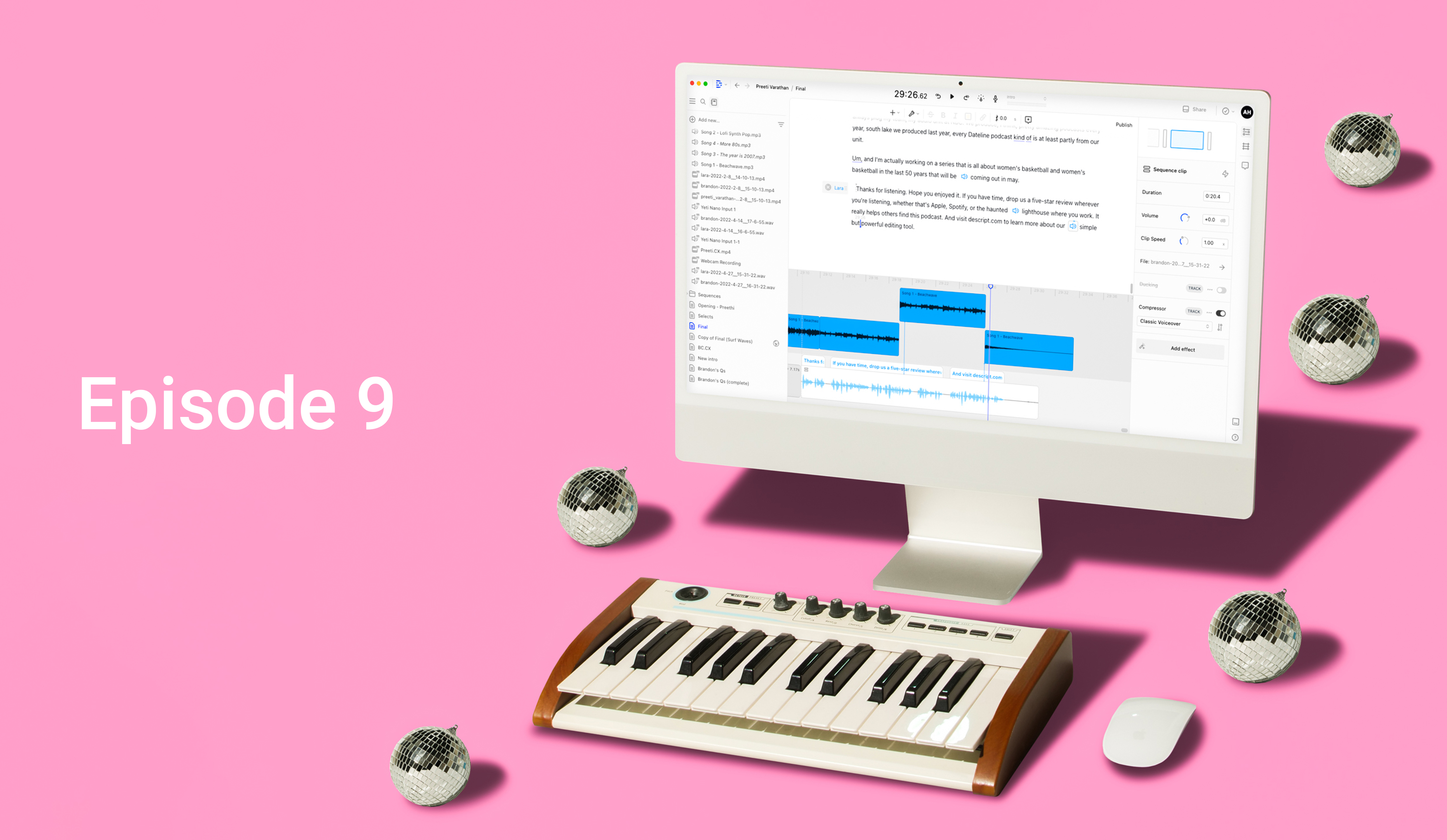 6 Podcast Training Courses: Learn to Be the Best Podcaster